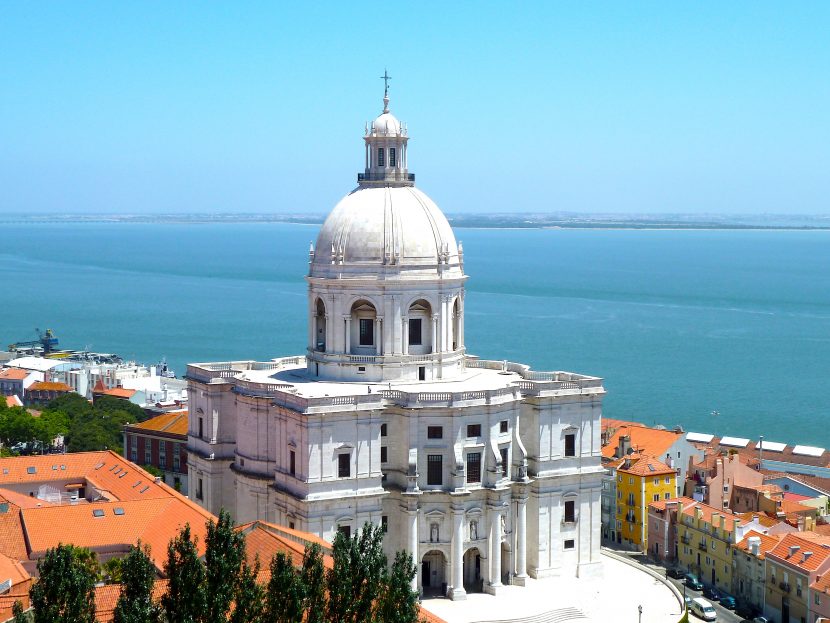 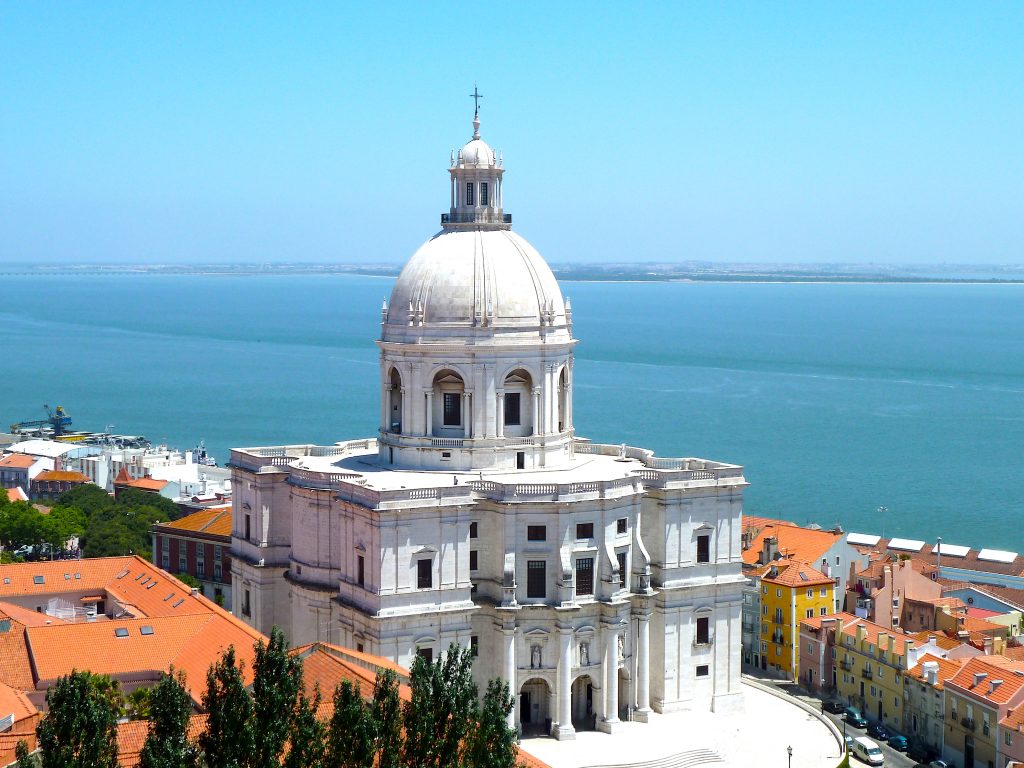 The construction of the first church began with a donation from Princess Maria, daughter of King Manuel I, in 1568. In 1681, the building began to collapse and was restored by the royal architect Joao Antunis, one of the most famous architects of the Baroque style. Construction continued until 1712 and stopped when the architect died.

The unfinished church remained until the 20th century. Over time, the roof of the church was decorated with a dome and the church was inaugurated in 1966. The building is designed in the form of a Greek cross. In each corner of the building there is a square tower, in the design and the facades have been decorated in a baroque style characterized by wavy lines.

The church is accessed through a magnificent Baroque portal with statues above it. At the top of Lisbon’s National Pantheon is a balustrade with a terrace. You can access it with the permission of the staff and enjoy a magnificent view of Lisbon and the Tagus.

Timetables of the Portuguese National Pantheon:

Entrance fee to the Portuguese National Hall of Fame: 4€ in full price.