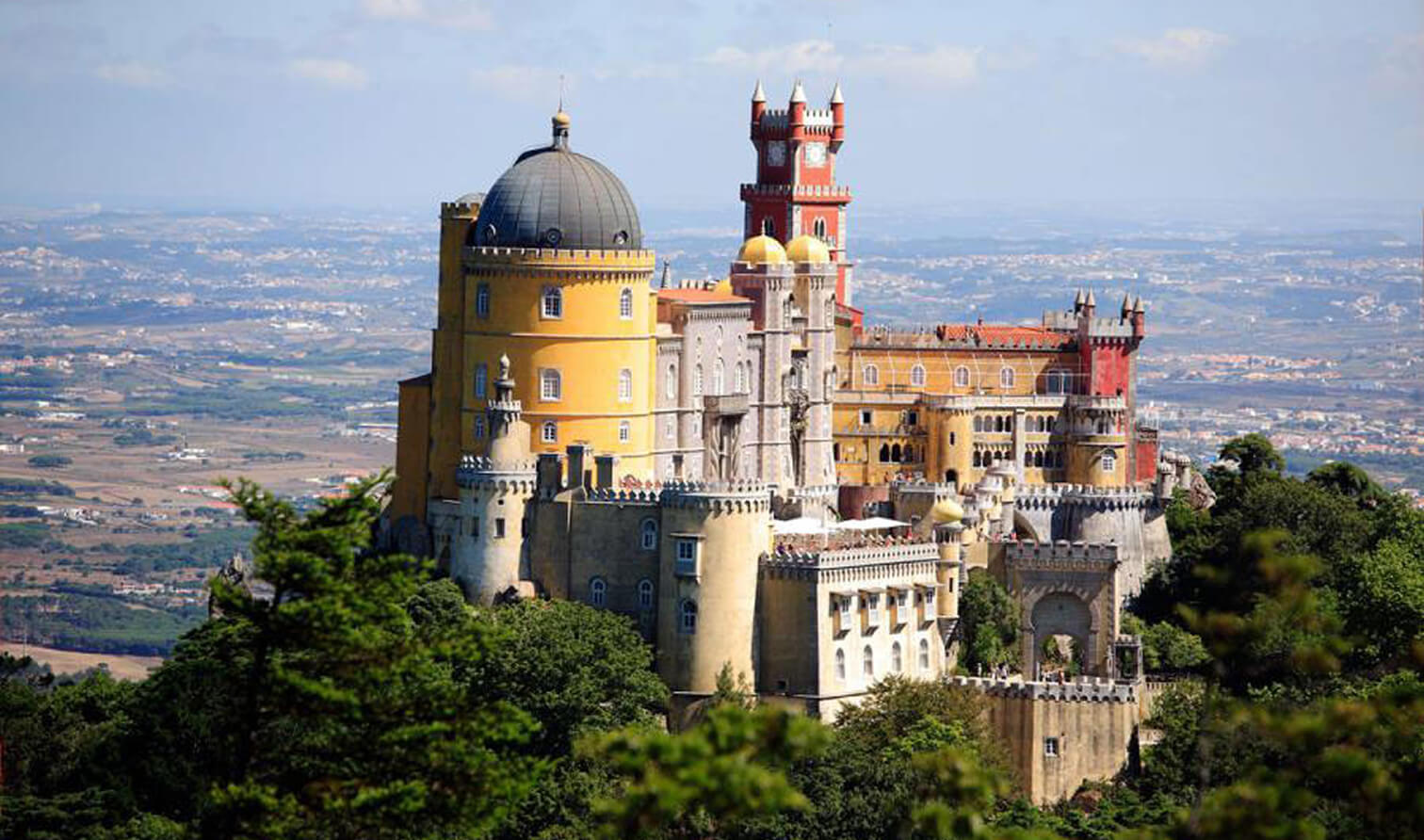 The Palace of Pena in Sintra, which is said to be in Portuguese Palacio Nacional da Pena, is one of the most important tourist monuments in Sintra. The Pena Palace is featured in all guides in Sintra and the surrounding area of Lisbon, as well as in many photos and postcards from Portugal. Its colourful fairytale tours are known even to those who have never visited Sintra. This is not by chance: the palace and gardens of Pena are very recognizable and have become a permanent feature of the tourist landscape of the Lisbon region.

The National Palace of Pena is one of the most beautiful buildings in Sintra and one of the most beautiful romantic palaces in Portugal. The palace is distinguished by its eclectic structure, which combines different architectural styles. In addition, each part is painted in a different colour, which makes it difficult to confuse the Pena Palace with the other palaces in Sintra.

It is built on the top of the highest hill in Sintra and is easily accessible from Lisbon. Currently, the Pena Palace is a national monument and is also on UNESCO’s World Heritage List. It is also one of the 7 wonders of Portugal. In 2015, it was elected the most beautiful castle in the world.

Visit Lisbon and the region