Monument to the Discoveries Lisbon Portugal

Home  /  Visit Lisbon   /   Monument to the Discoveries in Lisbon Portugal 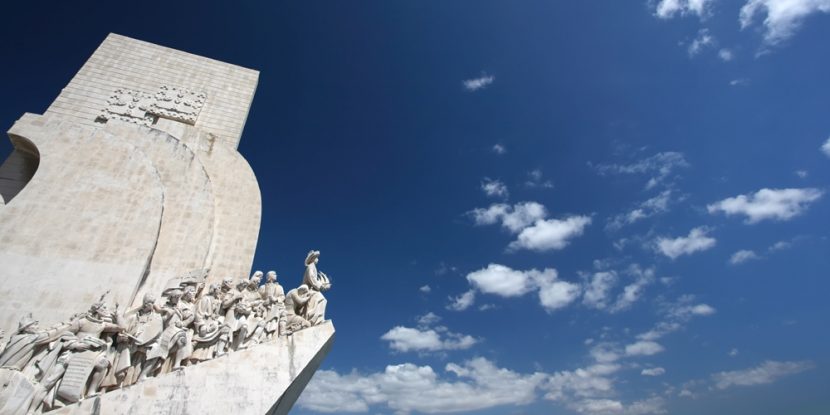 The monument to discoveries is located in Belém, one of the main districts of Lisbon. The monument is not far from the Tagus, from where ships used to go on scientific and commercial expeditions to India and the East. The Lisbon Monument to Discovery glorifies the period of Portugal’s great geographical discoveries in the 15th and 16th centuries.

Originally, the monument to discoveries was built as a temporary monument and was programmed to coincide with the opening of the Universal Exhibition in Portugal in 1940. The idea of the monument belongs to the Portuguese architect José Angelo Cottinelli Telmo and the sculpture to Léopold de Almeida. In 1943, the building was demolished.

In 1958, the Portuguese government supported the construction of a permanent monument dedicated to great discoveries. In 1960, a new monument was built, larger than the previous one. Concrete and pink stone from Leiria, central Portugal, were used in the construction and the sculptures were made from limestone brought from Sintra.

The inauguration of the new Lisbon Monument to Discovery took place as part of the celebration of the 500th anniversary of the death of Henry the Navigator. The height of the monument to discoveries, built in the shape of a caravel, reaches 52 metres. On the nose of the caravel is the figure of Henry the Navigator. On the sides of the sculpture are figures (16 on each side) representing important figures from the period of the great geographical discoveries of Portugal. Among them are monarchs, scientists, cartographers, artists, researchers and many others. Each figure is represented moving forward into the unknown.

Inside the Lisbon Discovery Monument there are exhibition rooms. There is also an elevator to go upstairs to the observation deck in this important Portuguese monument to visit. It offers a magnificent view of the Tagus River and the Belem Tower.

In front of the monument, there is a compass rose and a world map with the trajectories and dates of Portuguese maritime expeditions. The drawing is 50 meters in diameter.

Visit the city of Lisbon