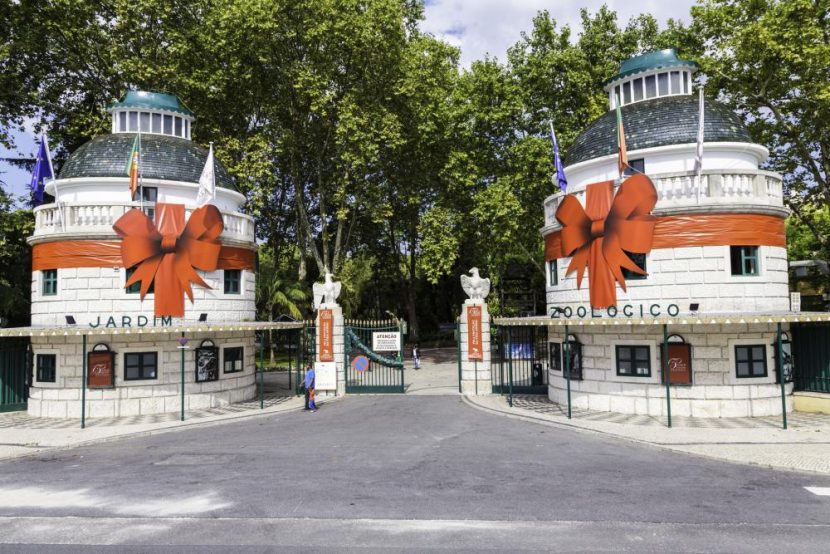 Lisbon Zoo is one of the oldest zoos in Europe. Founded in 1884, it now has the largest zoological collection in the world: more than 2000 animals, reptiles and birds of more than 300 species, living in the most natural conditions possible. The zoo covers a vast area of about 16 hectares and was created by Dr. Van Der Laan, owner of the largest aviary in Portugal at the time, with the support of Bento de Sauce, Sauce Martins and Maya Figiera.

Lisbon Zoo is not only a traditional zoo. There are souvenir and toy shops, cafés and a children’s playground where you can have a picnic.

In 1995, a delphinarium was opened in the zoo. The dolphin show is very popular among visitors and is considered one of the best dolphin shows in the world. The sea lion show where animals perform acrobatic acts is breathtaking and trainers talk about the habits and natural habitat of these amazing animals. In the magical forest, you can see birds flying freely as well as a show of parrots performing all kinds of tricks.

The zoo is divided into thematic areas. The terrarium is home to many species of turtles, snakes, exotic fish and lizards. In principle, all animals are free to walk in this area. Only a few species of wild animals are found in the pens.

There are attractions in the lunar park Animax. In 1996, the Children’s Farm Attraction was created, where children can learn about farm life and agriculture. Rainbow Park, with its playgrounds, is only open on weekends and holidays. A cable car runs all over the zoo, and if someone is afraid of heights, you can take a small train through the zoo.

Visit Lisbon and the region