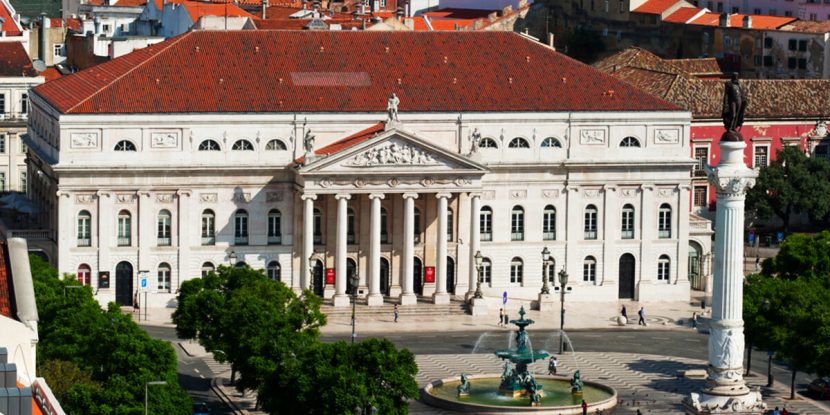 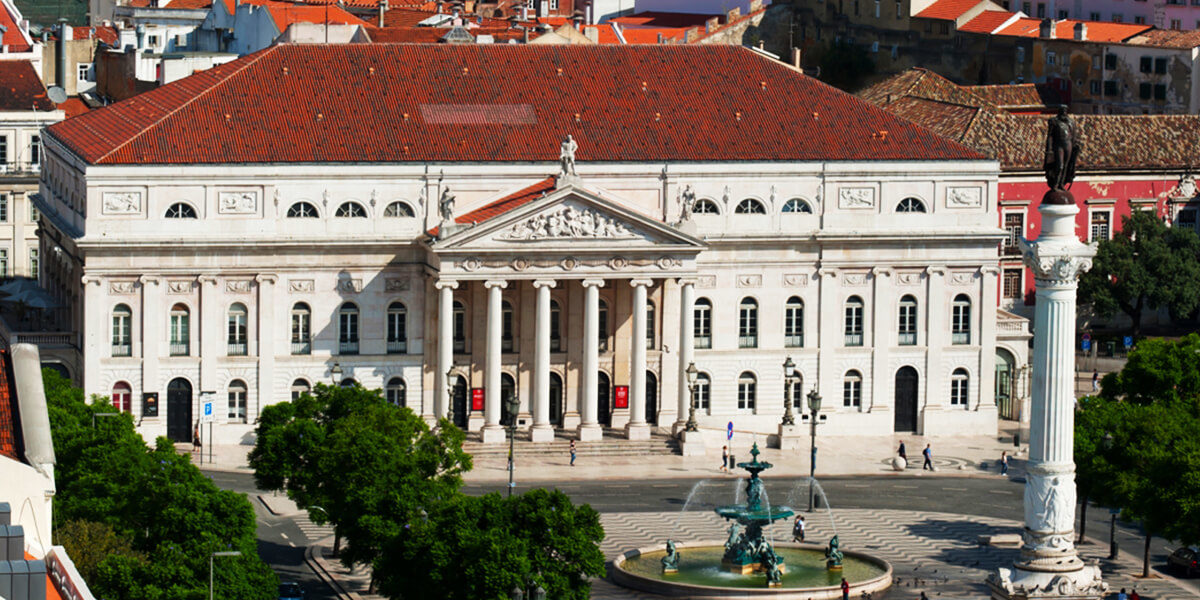 The historic building of the Dona Maria II National Theatre is located in Rossio Square, in the heart of Lisbon. The theatre building stands on the site of the former Palácio Dos Estaus, built around 1450 for foreign and visiting dignitaries in Lisbon.

In the 16th century, the inquisitors met at the Palácio Dos Estaus and executions were periodically carried out in Rossio Square. Surprisingly, the palace survived the Lisbon earthquake in 1755 but was destroyed by fire in 1836. The romantic poet and playwright Almeida Garrett made great efforts to transform the old palace into a theatre and in 1836 Queen Maria II issued a decree to turn it into a « conservatory of the performing arts ».

From 1842 to 1846, the building was rebuilt. The building was designed by the Italian architect Fortunatto Lodi. The Dona Maria II National Theatre was built in the style of neoclassicism.

One of the elements of the facade of the Dona Maria II National Theatre that is characteristic of this style is a portico with six Ionic columns that was once located in the monastery of St. Francis of Lisbon and a triangular pediment. At the top of the pediment is the statue of Renaissance playwright Gil Vicente, considered to be the founder of Portuguese theatrical art.