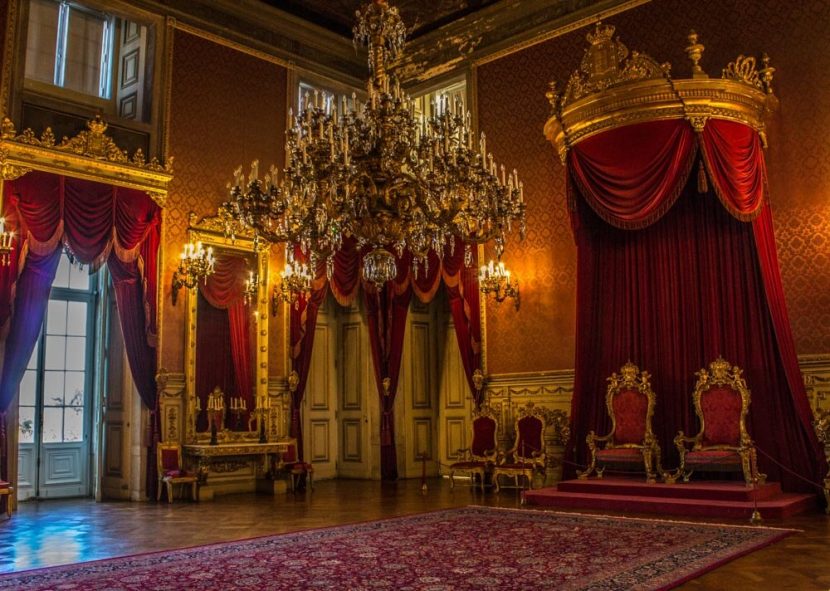 Originally, on the site of the Ajuda National Palace there was a wooden building built for the royal family, which decided to settle there after the Lisbon earthquake in 1755. This building was also called « Royal Shack » or « Wooden Palace ». A fire destroyed it in 1795 and a stone palace was erected in its place. The building began to be built under the direction of the architect Manuel Citano de Sousa, who created it in the Baroque style – Rococo.

Later, the construction was continued by architects José da Costa and Francisco Xavier Fabry in the neoclassical style. Construction continued until 1807 and was not completed. The palace was captured by Napoleon’s troops and the royal family was forced to leave Portugal and take refuge in Brazil.

Construction continued slowly and the appearance of the Ajuda National Palace in Lisbon has changed considerably: each stage of construction was carried out by a new architect. In 1826, the palace once again became a royal residence. In 1910, the palace was closed after the proclamation of the Republic and opened as a Lisbon museum in 1968. The museum has a magnificent collection of works of art from the 15th to the 20th century.

The rooms of the palace are decorated with Louis XV furniture, tapestries and statues. The Ajuda National Palace in Lisbon is full of extravagant decorative objects. This abundance of luxury is the result of unprecedented wealth in the 18th century, when diamonds were first discovered in Brazil.

Today, the Ajuda National Palace in Lisbon is used by the Portuguese government for official ceremonies.

Visit Lisbon and the Lisbon region